My Consulting Wishes and What I Learned Last Year 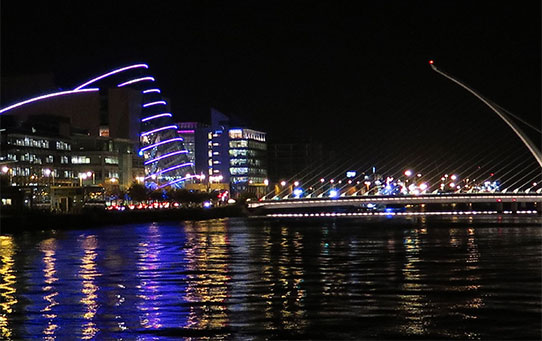 Judging from the crowd in my gym class on this snowy day and the number of empty spaces I know will be there in February, New Year's resolutions don't work all that well. Resolutions are firm and action-oriented, heroic even. They turn us into success junkies. We get addicted to checking things off our list. Then we tend to lose the list and forget what the resolutions were in the first place. And if we fail, we beat ourselves up and our guilt makes it almost impossible to start over again.

Wishes, on the other hand, are like stars. They are ephemeral and bright, guideposts into the unknown. We are explorers and travellers, journeying towards them and using them to navigate, reflect, and make better decisions. Just by having a direction, an amazing number of changes can occur.

Last year I had three consulting wishes and here is what I learned.

1. I wanted to be resilient so that my practice would be responsive to an uncertain economy, a precarious political environment, and a volatile social world. I thought that there would be a trickle-down effect on my small consulting practice and there was but it took a lot longer than I expected. Eventually global economic uncertainties played out in terms of wild stock market swings and plummeting oil prices—both critical to the economy in oil-rich Alberta where I live. Program budgets came under fire, plans were cancelled, and the future started to look pretty grim. So far I have held onto my confirmed contracts with a lot of gratitude and have started to look for less formal gigs.

Even more surprising were the political goings-on with scandals, floor-crossings, and turn-coatings—events that were jaw-dropping in their crass short-sightedness and sense of self-entitlement. When the going gets tough, we evaluators tend to hunker down and let the political battles rage overhead but I have begun to question this tactic. We say we support social justice but I'm not sure how can we do this with our heads in the sand. After all these years of trying to be an impartial observer, maybe it's time to get involved after all.

And the human toll was heart-wrenching even in my magical and privileged country. Innocent women losing their lives on empty back roads, soldiers and police dying just doing their job, and unsuspecting newcomers facing violent deaths in their own homes—this was not the world I signed up for. As evaluators, we tend to look backwards but sometimes it's right into the face of a cruel and unforgiving world. How can we really be resilient and meaningful? How can we help people move ahead? I think that part of the answer is in being honest, acknowledging the pain rather than holding it at arm's length and saying, “I know you've had a hard time but let's answer these questions.” I can shed tears too. I can look for small successes even in the face of larger failures. I can appreciate the grace and forgiveness that so many people show in the face of tragedy. We work in a human context so let's bring that humanity back into what we do. Believe me, there is no black box in my future work.

2. I wanted to disrupt the status quo. Thinking back, I'm not even sure where I got that trendy idea but right now, it's obvious that the status quo is not good enough. I am trying to come up with new ways of being a more effective evaluator, teacher, and writer, to make my work more fun, more memorable, more responsive. Have I mentioned my one-question focus groups? My rich uncle exercise on logic models? My boot camp training ideas? I am just going to keep poking at the staid ideas and thirty-year old expectations of my former bosses and clients. For me, anyway, time is too short to worry about pleasing them any longer.

3. Finally, I wanted to communicate more effectively. This is definitely one of those wishes that has no end in sight. I am finding that evaluation plans with clear logic models and well-thought out data collection strategies are falling by the wayside. There isn't enough time. Events move too quickly. As evaluators we are running alongside trying to figure out what is going on, crying, “Wait, I have to design a survey but I'm still trying to get input from all the stakeholders!” For me, developmental evaluation is becoming the only way to do evaluation effectively—it's unashamedly emergent. It is better to communicate that we don't have everything figured out yet so let's do it together, rather than being too out of touch, too rigid, and too late. So I am celebrating the messiness of it all. I'm still trying to figure out what some effective communication strategies might be but whatever they are, they will certainly be short and visual. Count on it!

So I guess that's my year in review. I haven't really arrived anywhere but it has been a good journey so far and I've had a chance to reflect on my progress. Moving forward, I don't need to change my wishes all that much except to refine the focus a little.

And this photo? Well, one dream really did come true. I was able to attend the 11th European Evaluation Society Biennial Conference held in Dublin last fall. I took this picture on the River Liffey looking at the Convention Centre Dublin and the Samuel Beckett Bridge. Where will this year take me?