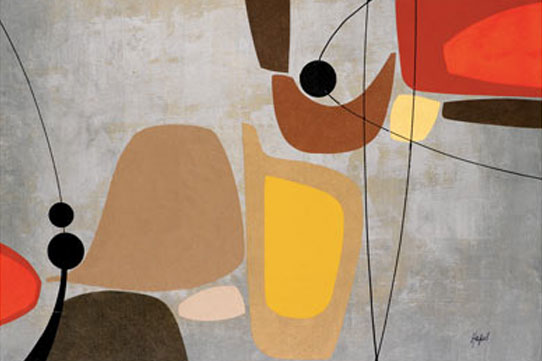 Sure, there are at least ten bad listening habits we should avoid. We all fall into them, probably more often that we want to admit but my listening problem is much more serious than these:

Here's what happened. At a client meeting recently I found that I was telling my client what to say before he said it. What's worse, I corrected him when he got it wrong. I had the solution ready to go and was just waiting to make his problem fit my plan. My dad would have called this "expert-itis" and it's a big trap for consultants.

Schőn (1983) warned us that as we gain experience, we start to know what to look for and we develop a repertoire of solutions to whatever issue we encounter. We become more specialized but we also become more automatic in our responses. Our practice gets more routine as we are asked more frequently to deliver what we do best. Then we start to pay less attention to things that don't fit into our safe preconceptions and neat little boxes.

How many logic models have I developed? Thirty? Fifty? A hundred? When was the last time I did anything new? What happened to innovative thought?

Me: You want a logic model? No problem, I'm an expert. I've had lots of experience with logic models. Here's what you need.

Client: That's not a logic model. We can't use that! The funder won't like it because there are no numbers in it. We won't get our grant if we use it.

Me (offended): But a logic model is just a theory. You can't have numbers in a theory! (Thinking to myself) What's the matter with him? He's wrong. I know all about logic models. I even teach them.

Luckily, my client was tough. A seasoned not-for-profit leader, he was willing to do battle to get what he wanted. He was also kind enough to put up with me just a little bit longer and sent me away to do a rethink.

I had a sense that things were not right and that I had failed as a consultant in some unspecified way. I reflected on our conversation and thought about the client-consultant relationship. I was supposed to be listening to him so I could provide the technical advice he needed but was I actually doing that or was I telling him what he should think? My ears were plugged up by education, experience, dogma, and, yes, ego. As long as I knew best, there would be no winner here.

So how could I satisfy myself that I was using my knowledge properly and yet help him get his grant? He had a good sense of the funder's position. Their staff were poorly resourced and pressed for time. They had a very limited understanding of logic models except that they needed to have one as a proposal requirement. They just wanted to select an agency and get on with yet another program.

Obviously this was not the time to bring everyone around to my world view. I needed to come up with something we could all live with. I was reminded of Fisher and Ury (1991), about the power of negotiation, and about inventing options for mutual gain. How could I make "the pie" bigger and use our two different perspectives to come up with a workable solution?

I gave it a try and a week later we met again.

Client: Well, what have you got for me?

Me (hesitantly pushing a logic model his way): It's only a draft. I think we should label it "draft" in the proposal and stress the importance of consultation before it is finalized. While there are no actual numbers in it, you'll notice that I have included some key indicators under Outputs (e.g., # of participants, # of referrals, # of completed cases).

Client (taken aback): But you don't want any numbers in the logic model.

Me: True and technically there aren't any but I hope this compromise will work. We will need to consult with the stakeholders before it is finalized. Maybe we could offer a logic model workshop once you get the contract and we could develop some reasonable indicators and benchmarks then. If we need to we can work backwards to finalize the logic model later.

Client (laughing): I was all prepared for a fight today. (He gesticulates with his fists.)

Me (offering another chart): And I've also put together a user-friendly Logic Model Crosswalk Table to help the funder's staff track the logic item by item from Activities through the various levels of Outcomes. It's pretty straightforward. You might want to put it in the proposal as well.

Client: OK, let's run with it!

Actually it took me quite a while to come up with these solutions but I enjoyed shredding some of my own preconceptions. Now I'm now using the crosswalk idea in other projects as well. Of course I'll need to be careful that it doesn't turn into another solution looking for a problem….

And you'll be happy to know that they got the grant.

Have you run into a listening challenge recently? How did you solve the problem? Let's start the conversation!