Your Home Office: Sanctuary At Last

I recently met a young woman who is writing her first novel while sitting on the sofa babysitting her nephew who was watching TV. I have news for her—she is losing out on two fronts. She isn’t multi-tasking the way she thinks because her brain is bouncing back and forth from her laptop to the TV to her nephew. In fact, multi-tasking, especially involving different forms of media, results in decreased cognitive control and more socio-emotional difficulties. Secondly, similar to an open-plan office, her busy family room is reducing her productivity and negatively affecting her memory. Open-plan offices make people sick, hostile, unmotivated, and insecure, according to Susan Cain, champion of introverts.

Several of the consultants over 50 that I interviewed made their home office a priority. Bob Lahey had a plan in mind and when he and his wife downsized to a condo, he said, Okay, I want an office, a real office, and a place that is comfortable. Gesturing to the large sunny window behind him, he continued, [It] is actually a great area to work in and I really enjoy it.

Martha Brown also gave it a lot of thought:

Where are you actually going to do your work? And how can you set that up so that you can focus and be as effective as you need to? ...I remodeled my home office last year and created this incredible, beautiful workspace and am surrounded by my hummingbirds, beautiful colors, and openness.

Transition Issues: Going Out the Door 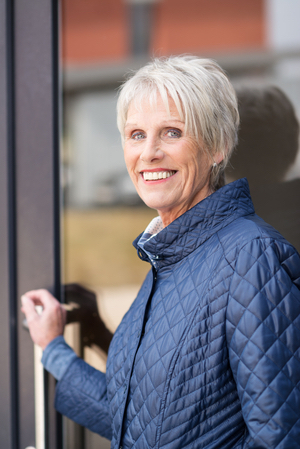 My recent interviews with start-up consultants over the age of 50 revealed the reasons why they left their jobs. Restructuring and downsizing affected some of them, others rejected toxic work environments and internal politics, and still others were fed up with the bullying and ageism they found in the workplace. Some were pressured into management or administrative roles, others felt frozen in place and unable to grow, and many were deeply unhappy. One way or another, they all left their jobs and went out on their own. So how did it happen? It turns out there are three parts to this transition process.

It seems for many consultants, there was distinct moment in time when the decision arose. It was a turning point. As one said:

I decided after two [negative job] experiences in a row, I was like, you know what? I just can’t do this any more. I can't find a job…that is going to be a good fit for me, so, I'll just make my own job.

Market Scoping for Consultants: How to Get Work 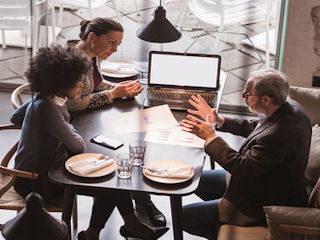 One of the best-kept secrets about consulting is that independent consultants don’t get their work by responding to Requests for Proposals (RFPs) or by using social media, they get their work informally. Some of the over-50, independent evaluators I interviewed recently began marketing more than a year before they left their full-time jobs. Others had no time at all. The boom dropped, and they were suddenly out. What’s interesting is that no matter how they got there, none of these independent consultants looked back! So how did they get work so quickly?

Let’s take a closer look at these proven marketing strategies.

Read more: Market Scoping for Consultants: How to Get Work